Chaco Canyon is to pueblo ruins lovers as Disneyland is to kids of all ages.  To see everything you really need more than one trip. Chaco is an impressively orchestrated maze of beautiful old stone, amazing history of ancient culture, and a little mystery.

Chaco Canyon draws interest from many walks-of-life including archaeologists, anthropologists and astronomers for good reason. Because of its location, Chaco has an exceptionally dark night sky – and is the only national park that features it own on-site observatory.

This amazing ten-mile canyon was a major centre of ancestral Pueblo culture between 850 and 1250.  Located in the Northwest corner of New Mexico, Chaco Canyon was a focus for ceremonials, trade and political activity for the prehistoric Four Corners area.

This park is on the Trails of the Ancients Byway, one of the designated New Mexico Scenic Byways.

Gary Moore giving a little assistance on the way down crevice.

Sharon Gross standing on the cliff above the Cliff Palace overlook.

Jim Shaffner and Marie Garcia Shaffner on the cliff face above Pueblo Bonito.

The group climbing through the crivice behind Kin Kletso to the North Mesa.

Gary Moore giving a little assistance on the way down crevice.

The beauty of New Alto.

The group descending to the back of Kin Gary Moore giving a little assistance on the way down crevice. 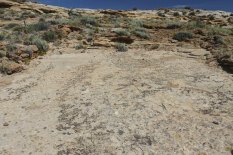 Remenant Chacoan road. This road a 20 foot wide section of the North Chacoan Road is an example of a 31 mile road that is exactly north and straight as an arrow.

The group climbing through the crivice behind Kin Kletso to the North Mesa.

Dr. Ruth Van Dyke and Jim Shaffner, Pueblo Bonito is in the background. 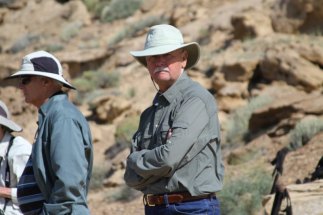 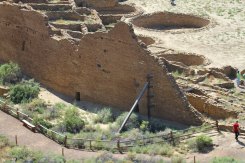 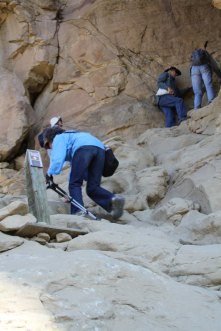 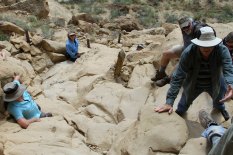 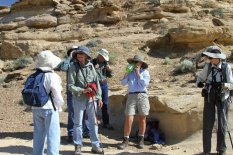 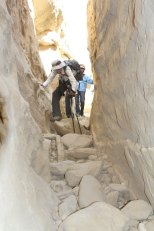 Sharon Gross descending from the north mesa into crevace that leads to the canyon floor.

The beginning of a very steep climb

Gary Moore, Cliff Palace is in the background.

One thought on “Chaco Canyon”